Tokenomics of a DAO

A token is a digital asset on a blockchain. Tokenomics describes the economics of a token system on a blockchain. It is a game changer for Decentralized autonomous organization (DAOs) compared to traditional apps running on a web 2.0 infrastructure, because it enables the introduction of new incentive systems and use cases. Tokenizing a DAO allows, for instance, that anyone in the world can purchase tokens and thereby contribute to initial funding for the DAO. Moreover, tokens can be paid to early adopters and active users, which will help attract users.

Tokenomics covers a wide range of topics, such as 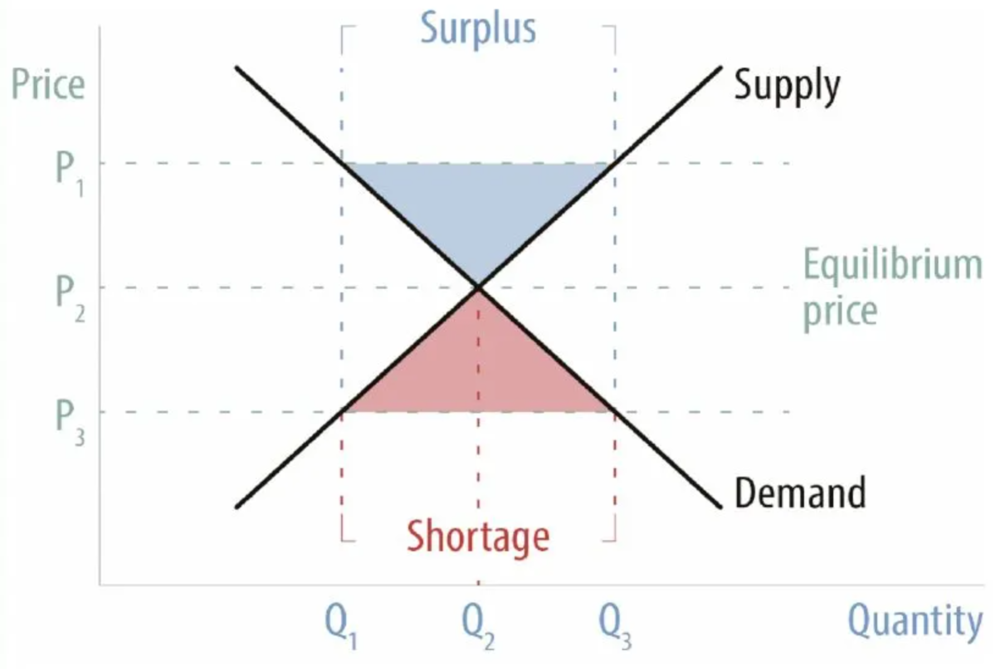 How do we end up at the equilibrium price ?

On the one hand, token emissions generate liquidity of tokens. It should be ensured that sufficient amounts of tokens are available from the start so that people can participate in activities on the DAO.

As a consequence, emission schedules are typically designed as follows: Initially, high amounts of tokens are issued to kick start the token economy and to incentivize early participation. Over time, the marginal increase of the token supply goes down to limit the impact on the token price and to create scarcity, i.e., limited availability.

Tokens can cover many different (potentially overlapping) use cases. For example * Governance: Those tokens give holders the right to vote on proposed changes of a DAO. To incentivise long-term thinking and commitment, systems often require staking of tokens. Staking means that token holders lock up a portion of tokens for a period of time. In exchange, stakers can earn rewards.

Tokenomics aspects to consider when establishing a DAO

When establishing a DAO you might want to consider (at least) the following aspects:

Define concisely for which use cases the token (or several tokens) of the DAO will be used (see prior section on use cases). In particular it should be considered how the token(s) could be used for

For the initial token allocation, i.e., defining which groups/accounts should receive how many tokens, you could consider the following main blocks

To emphasize the decentralization of the DAO from the start, developers can send a strong signal by

The voting power should be distributed over many, independent entities such that there is not one single or a few entities that can decide by themselves how the DAO evolves.

As mentioned above, participation in governance typically requires the staking of tokens for a certain amount of time. To incentivise long-term thinking and commitment, DAOs can provide more voting power to those token holders who stake for a longer time period. The configuration of the voting power should also consider the (initial) allocation of tokens, to ensure decentralization from the start. For example it should be ensured that the voting power of the funding dev team is below 50% of the total voting power.