The NNS is the DAO of the IC. Within the NNS, voting rewards are paid out on a regular basis (currently daily), based on an overall reward pool for that time period. Each neuron receives a pro-rata amount of that pool according to the voting power with which the neuron voted and in how many proposals the neuron participated. More precisely, this works as follows:

As highlighted in the background section above, we leverage the NNS voting reward scheme and allow for flexibility to configure the scheme. Hence, in the following we go through the features of the NNS and describe how it is adapted and made configurable for the SNS. Unless otherwise stated, the approach and formula are the same as for the NNS. As for the NNS it is possible to change the SNS configuration by an SNS governance proposal.

Determination of the total reward pool 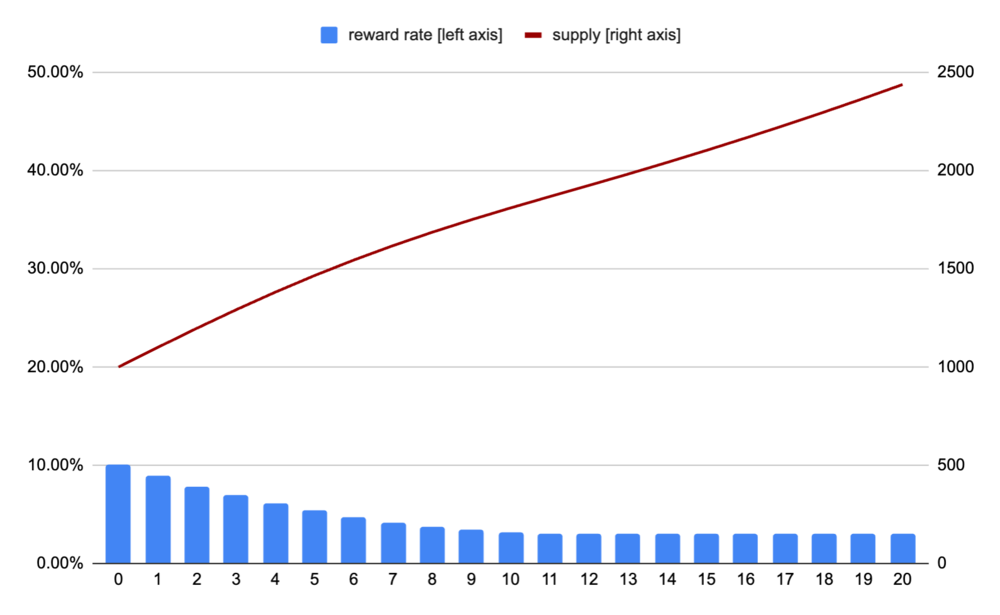 Voting reward parameters are defined in the SNS governance canister and can be changed by proposal. Details on the data structure VotingRewardsParameters used in the implementation are here.

In the following table we provide an overview of all relevant parameters of VotingRewardsParameters, linking the notation of this article to full names used in the implementation.

When VotingRewardsParameters is not populated, voting rewards are disabled.

In the following we provide an overview of the relevant parameters for the determination of voting power.