This Page is Still Work in Progress

After the round, each node in the subnet stores some relevant information related to the round execution in a tree structure as shown below. The execution layer is designed to execute all the canisters deterministically. Therefore, each node in the subnet should independently create at the same tree. Each node then create a Merkle tree by hashing the below tree, sign the root hash using their threshold signing key, and broadcast their signature share to rest of the nodes in the subnet. On receiving the signature shares from peers, each node then combines the signature shares to create a signature of the root hash. We now consider the tree as certified by the nodes in the subnet. The below state tree along with its signature is called Per-round certified state. The process of certificate creation can be found in the interface spec. The per-round state tree is also known as the system state tree. 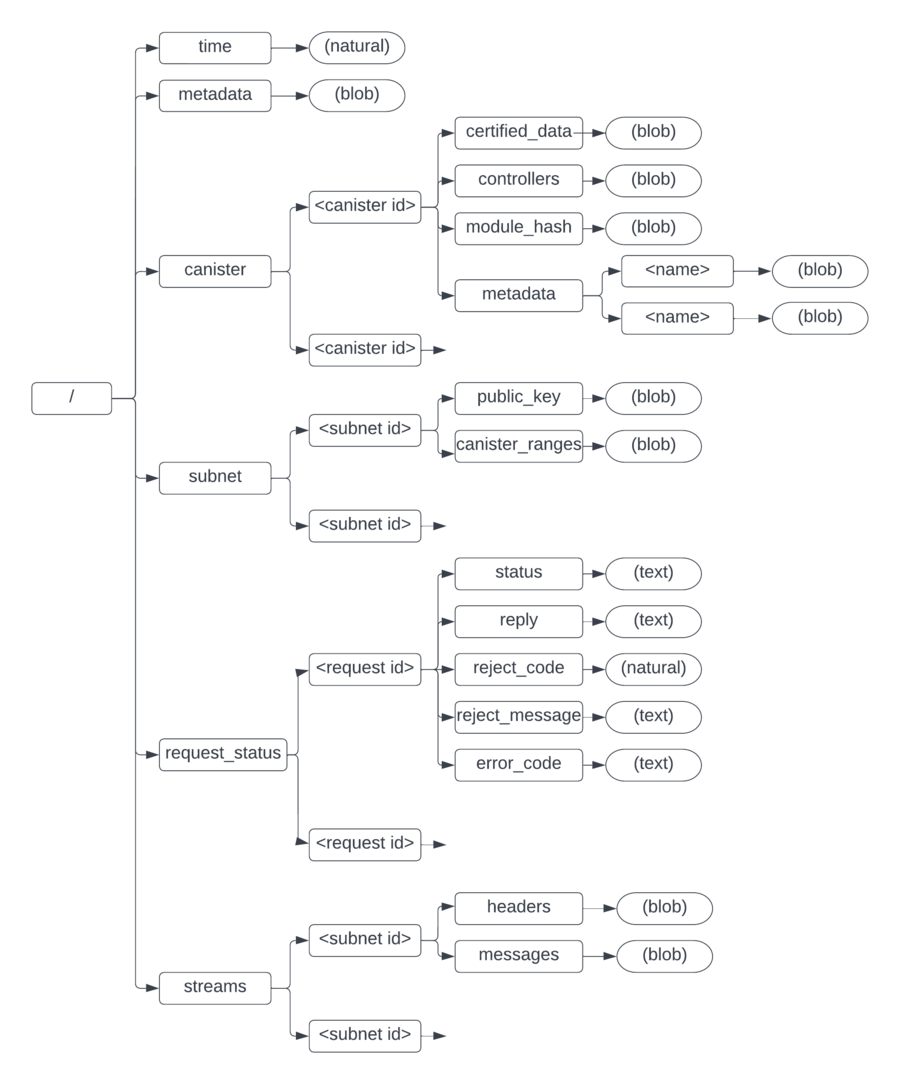 In nutshell, the per-round state tree contains only the information that someone would be interested in querying after the execution of a round. The total state of canisters and message routing layers are not included in the per-round state.

The replicated state consists of the canister states, metadata of the subnet, bitcoin state, subnet and consensus queues.

The implementation for the replicated state can be found on github.